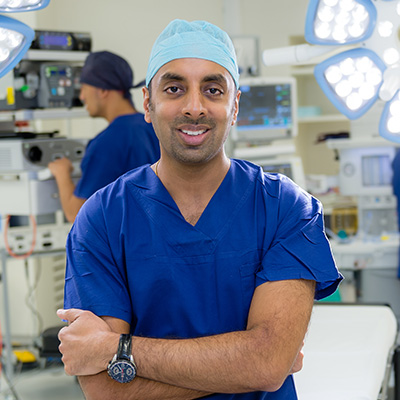 Dr Sanjay Adusumilli is a general and colorectal surgeon. He graduated from Monash University in 2003 before undertaking his surgical training at Westmead Hospital. He pursued further sub-specialty training in colorectal surgery through the Colorectal Surgical Society of Australia and New Zealand (CSSANZ). This was undertaken in Fremantle Hospital and Oxford University Hospitals (United Kingdom). He worked as a consultant in the Oxford, which is world renowned for its colorectal surgery, prior to returning to Australia to commence his present appointments.

Sanjay has an interest in colorectal malignancy, inflammatory bowel disease and pelvic floor disorders. Sanjay completed a Masters of Surgery (University of Sydney), with his research focused on colonic bleeding. He has presented and published on an array of topics including faecal incontinence, obstructed defecation, colonic bleeding and single incision surgery.

Sanjay is also a cofounder of the charitable organisation, the Global Medical Foundation Australia. Each year he travels overseas to perform surgery in underprivileged communities. 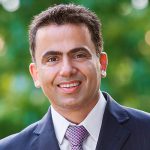 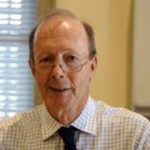