Advances in treatment for rectal cancer 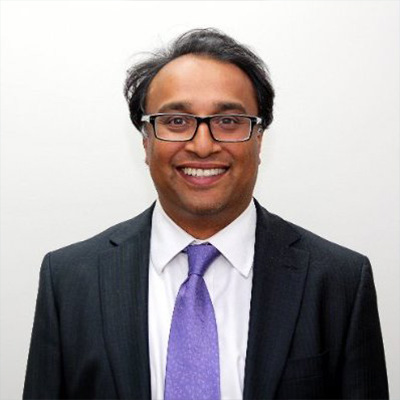 Rectal cancers are more complex than standard colon cancers. The rectum is within the pelvis and its anatomy and different lymphatic drainage make the risk of local recurrence as well as systemic recurrence higher. Also rectal cancers are much more likely to need a temporary or even permanent stoma.

The treatment of rectal cancers is therefore more complex. The surgery is more difficult due to the surrounding anatomical structures and the pelvic cavity is a restricted space within which to operate. Adjuvant treatment is also different, with the use of radiotherapy as well as chemotherapy in treatment algorithms.

Early cancers (<T3) can proceed straight to surgery. Larger more advanced cancers are treated with radiotherapy and chemotherapy as well as surgery. In Australia, the adjuvant treatment is usually given preoperatively (neoadjuvant). This treatment is individualised and all patients should be discussed in a Multidisciplinary Team.

The surgery has evolved over the years. The key is an anatomical dissection of the rectum so that the mesorectum is removed as part of the specimen. This is known as a Total Mesorectal Excision (TME). This standard dissection has improved the survival and local recurrence rates as a single measure. The other treatment modalities add even more benefit but good surgery is paramount.

Advances in Chemotherapy and Radiotherapy

There have been enormous improvements in adjuvant therapy. Several new drugs have been introduced that have improved survival even in patients with metastatic disease. Radiotherapy techniques are now more accurate and associated with much less side effects as well as much improved efficacy.

Up to 20 percent of patients who receive preoperative chemoradiotherapy for advanced rectal cancer have a complete clinical and pathological response to the treatment. In Australia, at present, these patients will still undergo surgery, but there are now several ongoing trials that adopt a “watch and wait” policy for such patients, with surgery only after recurrence. Early results suggest that this is a viable treatment option. The next stage of this non-operative approach is possibly to treat earlier stage cancers with chemoradiotherapy as well. These patients will presumably have a similar if not better response to treatment and surgery may be avoided entirely.

The TME operation was initially performed as an open operation. Increasingly, laparoscopic techniques are being used, although this is technically challenging. There are trials underway to study the efficacy of laparoscopic rectal cancer surgery.

The difficulties of laparoscopic approaches for the rectum relate to the restricted space and surrounding anatomical structures. Additionally the ability to divide the bowel safely distal to the tumour is very challenging laparoscopically. There have been great advances in the technology surrounding surgery that are allowing more procedures to be done with minimally invasive surgery.

Robotic surgery is an expensive option but it does have excellent manoeuvrability and vision. It is not readily available and its uptake for rectal cancer has been slow. As less expensive machines become available, there may be more scope for this technique but the robot does not make rectal transection any easier. It is simply another technique for the dissection only.

At Lakeview Private Hospital we have commenced a new technique of rectal dissection that facilitates rectal transection in a safe manner to allow laparoscopic surgery. A specialised transrectal device is used whereby the cancer is visualised per rectum and the rectum is then directly divided from the perineal aspect. The surgeon then performs a rectal dissection in the same TME plane from below the tumour. This dissection plane then meets the same dissection performed laparoscopically from above the tumour as previously. The transanal TME (TaTME) procedure allows dissection of very low cancers and surgery in a narrow (male) pelvis. The technique will not only allow more restorative (no permanent stoma) procedures but also laparoscopic approaches instead of open or robotic.

I operate as part of a colorectal group practice with rooms at Lakeview Private Hospital. All the surgeons in the group have both public and private appointments and all are part of the Western Sydney Colorectal Multidisciplinary Group. I am the Chairman of this group. We are one of the largest and busiest MDTs in Sydney.