Coeliac Disease in 2016: a shared care between GPs and Gastroenterologists

Coeliac disease is an autoimmune mediated disorder of the small bowel, precipitated by gluten exposure in genetically predisposed individuals1. It is characterised by an inappropriate immune response to dietary gluten with chronic inflammation and damage of the small bowel mucosa leading to bowel symptoms and nutrient deficiencies. Although classically thought of as a disease affecting younger individuals of European descent, coeliac disease is increasingly found in populations in North Africa, India,  China  and the Middle East2 and  the most common age for diagnosis is between 30 and 45. Coeliac disease is a common disorder in Australia, affecting one in 70 individuals, however, it is estimated that 80 per cent remain undiagnosed3. Coeliac disease can present with classical, overt symptoms but most patients present with atypical or subclinical disease. Primary care physicians have a critical role in recognising the diverse manifestations of coeliac disease and improving rates of diagnosis.

What symptoms in my patient should make me consider coeliac disease as a diagnosis?

The clinical  manifestations  of  CD can be classic, atypical or subclinical. Classic symptoms are more common in infants and young children and include diarrhea or steatorrhoea, flatulence, abdominal distension and weight loss. In the majority of adults, the presentation of coeliac disease is subtler with only mild non-specific gastrointestinal complaints. In a meta-analysis with 3,383 subjects with coeliac disease, the prevalence of irritable bowel syndrome-type symptoms was 38 per cent4. These symptoms included erratic bowel habits, constipation, chronic abdominal pain and bloating. Some patients have subclinical disease with non-specific symptoms  such as fatigue; have nutrient deficiencies (most commonly of iron) or are asymptomatic. Given the range of manifestations, the index of suspicion for coeliac disease required by the clinician is high. The 2015 NICE guidelines on coeliac disease provide recommendations on when to offer testing and when to consider testing for coeliac disease in individuals5. These are summarised in Table 1.

Table 1: NICE 2015 Guidelines on when to test for coeliac disease

How do I test for coeliac disease?

Serology is usually the first step in screening for coeliac disease. The following steps are recommended:

d. Note: most Australian laboratories will include the following tests when “coeliac serology” is requested:

How do I interpret coeliac serology?

If a patient’s screening serological tests are positive, they need to be referred to a gastroenterologist for gastroscopy and confirmatory small bowel biopsies. Serology alone is insufficient to make a diagnosis of coeliac disease.

It is important to recognise that two to three per cent of patients with coeliac disease have negative serology, have low  antibody  levels or have levels that fluctuate between positive and negative1. Therefore, if coeliac serology is negative but the clinical  suspicion of coeliac disease is high, the patient should be referred to a gastroenterologist for definitive histological testing.

The role of genetic testing

When do I refer to a gastroenterologist?

Refer to a gastroenterologist in the following situations:

A gastroscopy with small bowel biopsies is the only definitive way to confirm the diagnosis of coeliac disease. Patients must be on gluten to avoid false negative results. Macroscopically, the duodenal folds may appear flattened with scalloping or fissuring. On histology, the most characteristic features of coeliac disease include blunted or atrophic villi, increased intraepithelial lymphocytes (IELs) and crypt hyperplasia1. Increased IELs in isolation is a common finding and most patients with  this do not have coeliac disease. Increased IELs without structural change can be due to giardiasis, helicobacter pylori infection, crohn’s disease and common variable immune deficiency1.

A strict gluten-free diet (GFD) lifelong is currently the only therapy for coeliac disease. All people with coeliac disease require a strict GFD,  regardless  of the severity of their symptoms. Initial referral to a dietitian with special interest  in  coeliac  disease is highly recommended by local and international guidelines. A GFD reduces symptoms, improves morbidity, improves nutritional parameters and reduces the risk of long-term complications of coeliac disease including osteoporosis and lymphoma. Clinical symptoms usually abate within the first few weeks of commencing a strict GFD.

A GFD implies that all wheat, barley and rye products must be avoided. Coeliac Australia3, recommends different groups of food that are suitable for those on a GFD. Naturally gluten-free foods includes fresh fruits and vegetables, legumes, milk, eggs, nuts and gluten-free grains such as rice and corn. Products labeled ‘gluten-free’ or have the ‘Coeliac Australia’ endorsement logo, also do not have gluten. It is important to avoid cross-contamination by avoiding products which ‘may contain gluten’. It is important to ensure the patient has adequate fibre and B-group vitamins, as these are derived from gluten-containing grains7. Patients are encouraged to join Coeliac Australia for excellent resources and links.

After initial diagnosis, the general physician has a critical role in monitoring for disease  activity and assessing for complications of coeliac disease. At six months in the first year following diagnosis and annually thereafter, the following should be assessed:

A   DEXA   scan   should    also  be organised  within  the  first  year following diagnosis. The gastroenterologist will usually organise a repeat gastroscopy and small bowel biopsies after 12 months to assess for persistent histological damage.

Non-dietary therapy such as corticosteroids and immune modulators, are restricted largely to refractory coeliac disease (1-2% of coeliac disease patients). Studies are underway on agents that prevent T cell activation, however only 2 at present are in phase 2 clinical trials1. 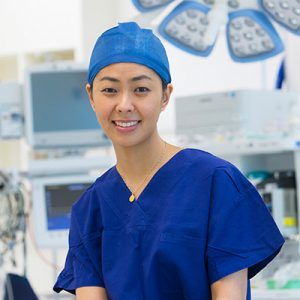